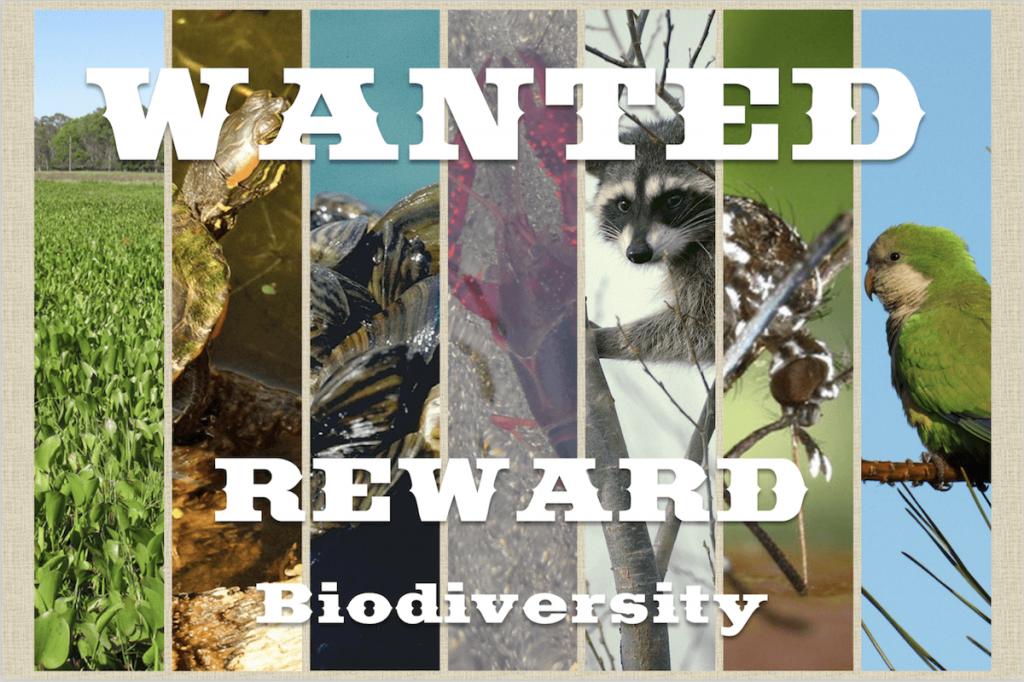 Alien invasive species are the second largest threat to biodiversity, a sad and costly phenomenon that can only be halted by the progress of Science and Environmental Education

The destructive power of human beings is limitless. Despite human overpopulation, our species represents just a tiny part of the planet’s life but we have still become a global strength. Climate change, pollution, habitat loss and degradation, the overexploitation of natural resources, desertification, waste generation… All the environmental impacts that result from our frenetic development lead to perhaps the most dramatic of all: the extinction of wild ecosystems and the species inhabiting them. We do not seem to be aware that life –all of it, and also our own– depends on the conservation of biodiversity, which is formed of the living organisms in the wild and the complex processes and relationships (physical, chemical, ecological, evolutionary, etc.) that result from their reciprocal interactions and with the environment in which they live. The conservation of biodiversity depends upon the autonomy and sustainability of its own complexity. Destabilizing its balance, and consequently degrading it to simpler states, is enough to trigger effects that may be devastating, especially for the more complex species like ours.

After habitat loss, alien invasive species (AIS) are the second largest threat to biodiversity worldwide. These are animals, plants or other living organisms that have been artificially –i.e., by means of accidental or deliberate human action– introduced into territories outside their native ranges of distribution, in which they have become an agent of change for the ecosystems affected and a threat to those ecosystems’ native biological diversity, constituting a form of biotic contamination. The trade of species and pets (that escape or are abandoned), tourism, anthropochory, the transportation of goods, the production of certain goods and services, aquaculture, gardening and landscaping, and recreational game and fishing are, among others, some of the main routes by which a native organism from a specific part of the world can reach others to which it does not belong, and which it would never have reached without our intervention. 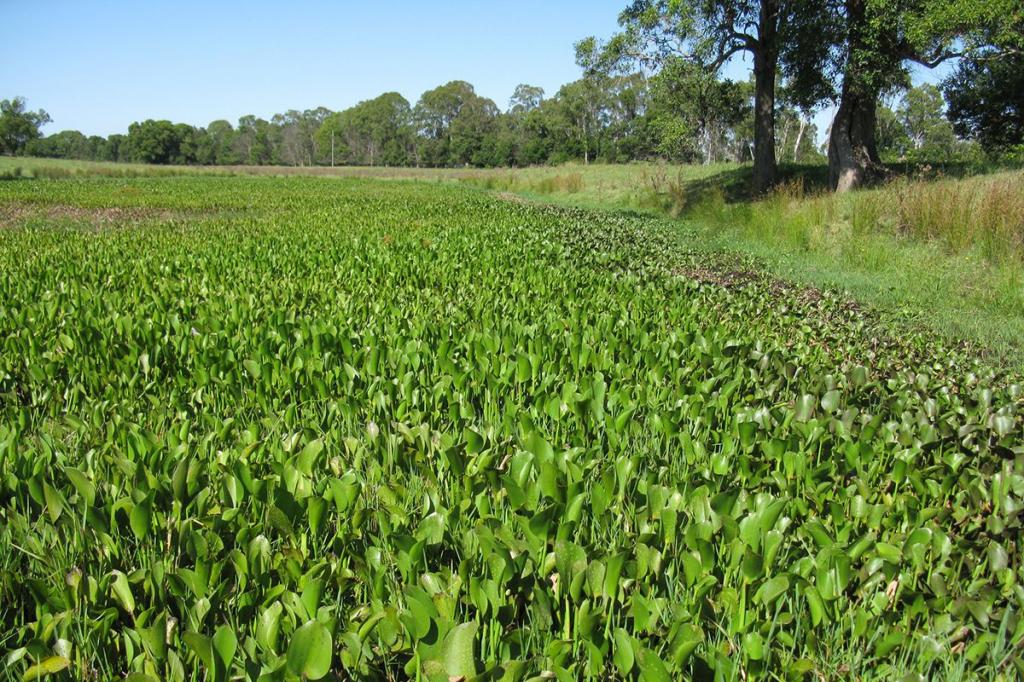 AIS are not bad or harmful living beings per se –that kind of life doesn’t exist–. In fact, they are essential for the conservation of ecosystems in their native habitats and are part of their valuable biodiversity, like any other species. Furthermore, some AIS may even have net beneficial effects in the ecosystems into which they have been introduced, either because they occupy ecological niches that were previously empty or because they confer a local or regional socioeconomic benefit. However, in the vast majority of cases, AIS just cause problems. Because of their biological and ecological characteristics, they have a set of competitive advantages in comparison to native species in the ecosystems they have invaded (higher ecological and/or trophic plasticity, better resistance to environmental pressures and diseases, higher reproductive and survival indices, etc.), which facilitate their dispersal and establishment, until they become dominant species.

AIS have, therefore, been linked with the occurrence of multiple environmental and health impacts. Some alter the biogeochemical cycles and reduce water and soil quality, modifying the physicochemical characteristics of aquatic and terrestrial habitats. Others are vectors for the spread of diseases or for the transfer of environmental contaminants, both to other animals or plants and human beings. Others cause problems of genetic pollution, while yet others compete against native species for ecological niches or prey on them, displacing, lessening or extinguishing their populations, which causes drastic imbalances in natural trophic chains and in the structure and complexity of native biological communities. Some AIS can even alter natural regimes of fire ecology, and there are even AIS that can exert several of these pressures at the same time. As a result, ecosystems become more and more homogeneous and the ecosystem services disappear, which means the deterioration of our health and wellbeing.

AIS obviously also have negative consequences at a socioeconomic level. The development of control and eradication campaigns, the compensations for the damage caused (e.g., because of losses in the agricultural and forest sectors), and to solve the problems that they cause (e.g., because of the treatment of the diseases that they transmit or the repairing of the infrastructures that they damage), generate economic and social instability linked to huge economic losses, which constrain the sustainable socioeconomic growth and development in the regions and/or countries affected.

It has been estimated that there are more than 120,000 alien species among plants, animals and microorganisms in the United States of America, the United Kingdom, Australia, India, South Africa and Brazil alone, and we know the invasive potential of only 20-30 % of these species. Worldwide, AIS have contributed to the extinction of 40-50 % of the native species that have disappeared over the last three centuries. Global economic losses linked to AIS have been estimated at more than 1 trillion euros per year (yes, with a “t”), which means about 5 % of the world economy. And all this taking into account that just 15 % of the more than 10 million species that are estimated to inhabit the Earth have been identified and more or less investigated. In Europe, where about one third of the threatened or endangered native species are at risk as a consequence of AIS, it has been estimated that there are more than 12,000 alien species, and we know the invasive potential of just 10-15 % of them. AIS-linked annual economic losses for the European Union have been estimated at around 12,000 billion euros (yes, with a “b”). In Spain, the national catalogue of AIS includes 185 species. At a national level, there are no official records concerning economic losses linked to AIS, but it has been estimated that every autonomous region spends an average of between 200 thousand and 1 million euros annually on the fight against AIS, with Andalusia in the lead with an investment of 30 million euros over the last decade. 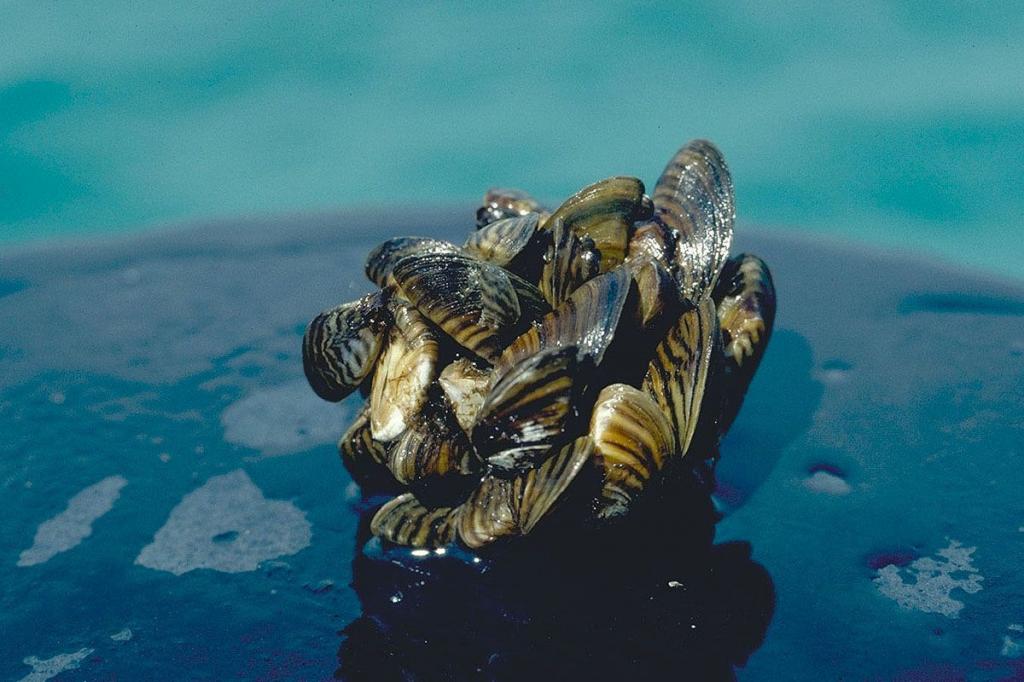 We must further consider that the growing human overpopulation and globalization of trades, travel and the transportation of goods contribute to increasing biological invasions, and that the potential of AIS to spread to and colonize new environments are favored by climate change and the degradation of ecosystems caused directly by anthropogenic activities. It doesn’t, therefore, seem likely that this situation will improve in the short or medium-term. As native species in ecosystems continue to decrease or disappear as a result of AIS, the planet’s biodiversity will continue to decrease; a sad and costly phenomenon for human beings that is, in many cases, irreversible and that can only be halted through a serious social involvement promoted by the progress of Science and Environmental Education. 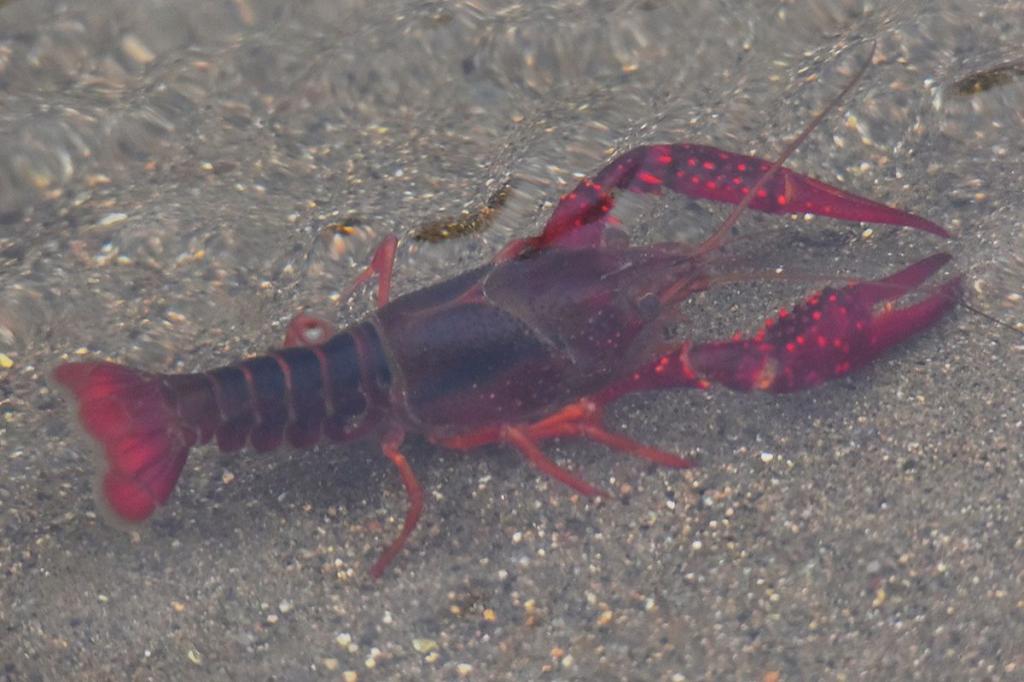 The red swamp crayfish (Procambarus clarkii) is one of the most problematic AIS in Spain as it is widely distributed throughout the Iberian Peninsula, Baleares and the Canary Islands (Photo: Don Loarie / CC BY 2.0).

We at Azeral Environmental Sciences contribute to reducing the environmental problems linked to AIS by working on different fronts. Firstly, we present these species and the problems that they cause in the ecosystems of Castilla-La Mancha (Spain) through the Environmental Education program Terra Mobilis, thus raising awareness about the importance of our individual actions in their prevention and solutions. Secondly, we work with the Wildlife Toxicology Group of the Instituto de Investigación en Recursos Cinegéticos (IREC – CSIC, UCLM, JCCM) on a project designed to evaluate the ecological and food safety risks derived from the accumulation of potentially toxic metals in the red swamp crayfish (Procambarusclarkii), in naturalized populations inhabiting river courses impacted by mining pollution. Finally, through our consulting section Stipa Environmental Consulting, we work with private and public entities in the development of scientific-technical documents related to the state of AIS at regional and national levels, which serve as a basis in control and management programs focused on these species. All this is our small contribution in the fight against this major threat to the conservation of our natural heritage. 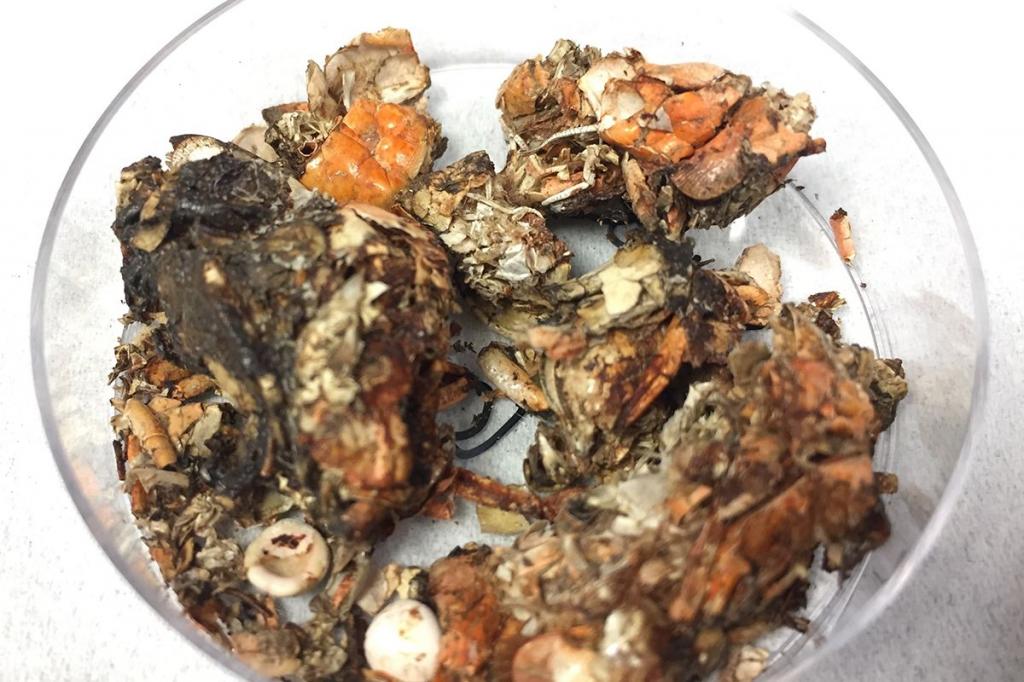 Faecal sample of Eurasian otter (Lutra lutra) in which we can observe that more than 90% of ingested biomass consisted on red swamp crayfish (Procambarus clarkii). The role of this exotic crustacean as vector for the transfer of environmental contaminants through trophic chains could represent a risk for the conservation of native predators in ecosystems impacted by environmental pollution.