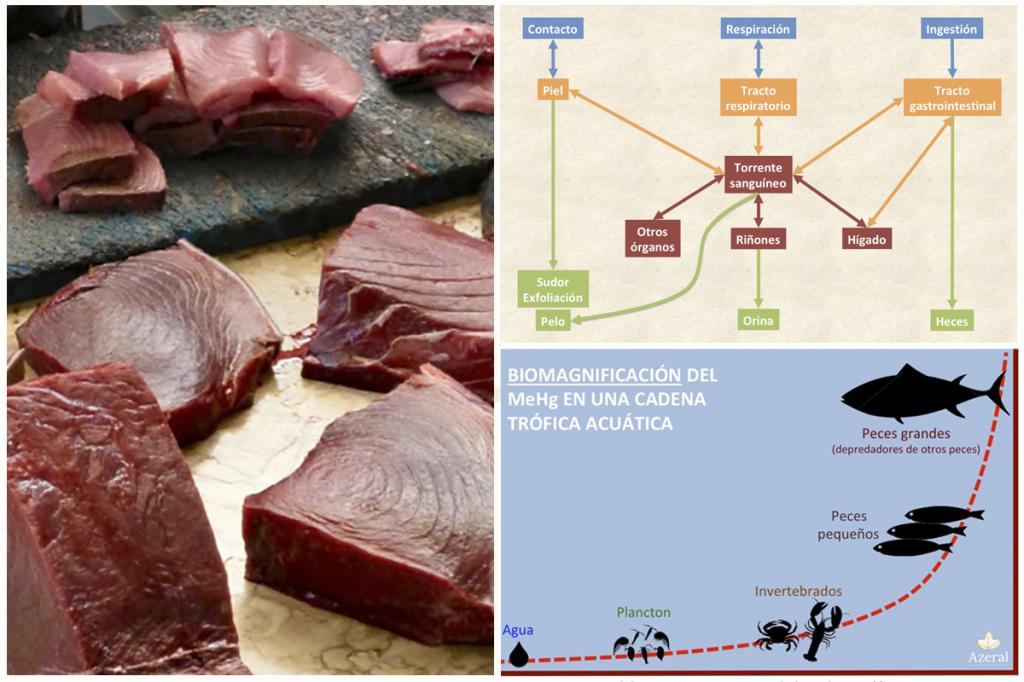 In the last article of Divulgazeral we said that chemical pollution is a serious threat to the environment whose consequences are being underestimated. We discovered that this type of pollution does not understand frontiers, and that it usually goes unnoticed, so that its effects are manifested in silence, without attracting attention. In the article in question, we also talked about the main chemical substances that cause problems of pollution and their capacity to affect health and wildlife conservation. But we also discussed a particularly worrying feature of some of these chemicals: their high persistence and ability to accumulate in living beings, which is related to a phenomenon of biomagnification through the food webs.

So, what is biomagnification?

In order to properly understand what biomagnification is, we first need to know the bioaccumulation process that takes place in organisms when exposed to a chemical contaminant, which is basically its accumulation inside the body –in the tissues and organs– over time. In animals, exposure can occur through different pathways, of which the oral (e.g. the ingestion of polluted food and water) and the respiratory (e.g. the inhalation of polluted air, dust or smoke) pathways are the most common. But living beings –including plants– have detoxifying mechanisms that help to eliminate anything that their bodies do not need to function properly, including chemical contaminants. This means that when they enter the body, our metabolism activates different chemical and molecular processes to exclude them directly from the body, or to transform or decompose them so that they can be excreted afterwards. The problem is that some chemical pollutants are very difficult to detoxify, they cannot be removed from the body or are eliminated very slowly (they are highly persistent), so they are accumulated little by little as exposure occurs, reaching increasingly high internal levels. 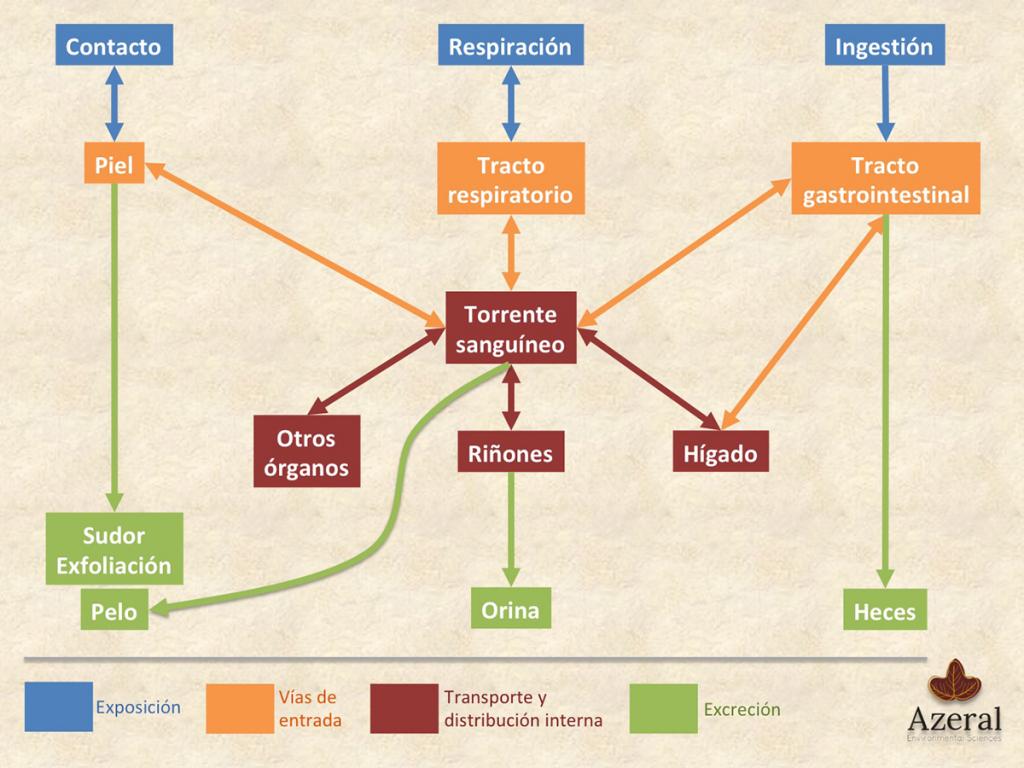 This simplified scheme shows what happens to a chemical pollutant from the moment that it enters an animal’s body until it comes out. Health problems resulting from its toxicity occur when the chemical substance “becomes stuck” inside the body (the part shown in burgundy in the scheme), then reaches different organs and tissues and adversely affects a multitude of physiological systems such as the nervous, reproductive and immune systems. This is the case of persistent chemical pollutants, which go into the detoxifying processes (the part shown in green in the scheme) very slowly.

If we transfer this bioaccumulation process to a food web, then we have a phenomenon of biomagnification, which refers to the progressive increase in the concentrations of persistent chemical contaminants as they move up from one trophic level to the next. It is a food-chain transfer of pollution, meaning that animals belonging to a certain trophic level receive the pollutant burden of the living beings they eat. As these chemicals are highly persistent, they accumulate in the animals’ organs and tissues, and so on through the entire food web. As a result, animals at higher trophic levels –like apex predators– accumulate chemical pollutants at much larger concentrations than if they received only a usual exposure to environmental pollution: levels of chemical pollutants are amplified or magnified through the food web. 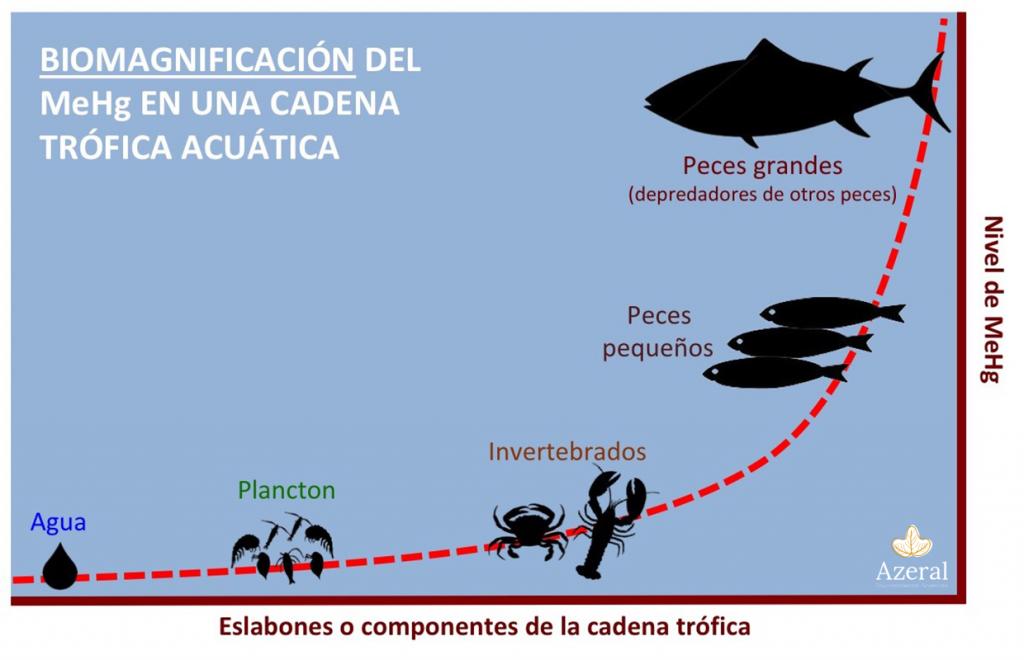 This is an example of biomagnification in an aquatic food web, taking methylmercury (MeHg) as a persistent chemical pollutant and tuna as a fish species that belongs to a high trophic level. When mercury (Hg) reaches the aquatic environment, it is transformed into MeHg by microorganisms as part of the biogeochemical cycle of this metal. But MeHg is especially bioavailable (it is absorbed very easily by animals), so it enters the aquatic food chain at the lower trophic levels and biomagnifies. Fish have a great ability to accumulate MeHg in comparison to any other vertebrate species: tuna may contain MeHg levels in their tissues that are up to 10-fold higher than the fish they eat. We humans are at the top of any food web, which involves a risk of exposure to MeHg through the consumption of certain fish species, such as tuna.

The biomagnification of chemical pollutants has direct consequences for the health of animals belonging to high positions in food webs. Because these substances accumulate in large concentrations and cannot be excreted, they may have toxic effects. This means that biomagnification leads to risks for the conservation of the species affected. For example, polar bears and seals inhabiting the circumpolar regions –yes, our pollution reaches even the most remote areas of the planet– suffer from the phenomenon of biomagnification through the accumulation of high levels of certain persistent organic pollutants (POPs) in their bodies, such as the famous PCBs, which have been associated with adverse health effects and negative consequences for these animals’ population dynamics. Biomagnification is also linked to food safety and public health issues, since certain food products originating from animals at high trophic levels may contain large concentrations of persistent chemical pollutants, which could make them unsuitable for human consumption or lead to restrictions regarding their intake in order to avoid unnecessary risks. For example, there are recommendations related to the frequency at which certain fish species (especially marine-living fish, such as tuna and swordfish) are consumed, since these species may accumulate relatively large levels of MeHg owing to biomagnification, an organic form of Hg that is particularly persistent, bioavailable and toxic. 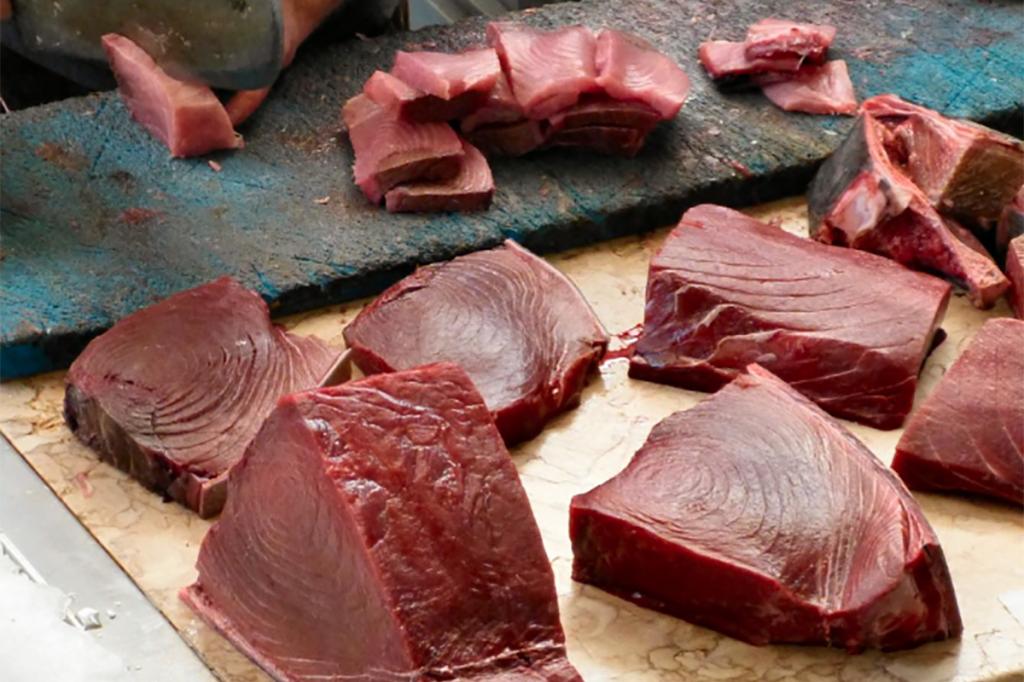 The consumption of tuna is subject of certain restrictive recommendations because the accumulation of MeHg owing to the phenomenon of biomagnification.

Ecotoxicology is the science dedicated to studying the presence and adverse effects of chemicals in animal and plant populations, along with the processes and factors that determine their transportation, transformation and breakdown in the environment, in order to evaluate the risk that they represent for life and the strategies required to minimize it. This is an inter- and multidisciplinary field of Environmental Sciences that we at Azeral Environmental Sciences develop in close collaboration with some of the best Geology, Chemistry, Physiology and Toxicology laboratories.