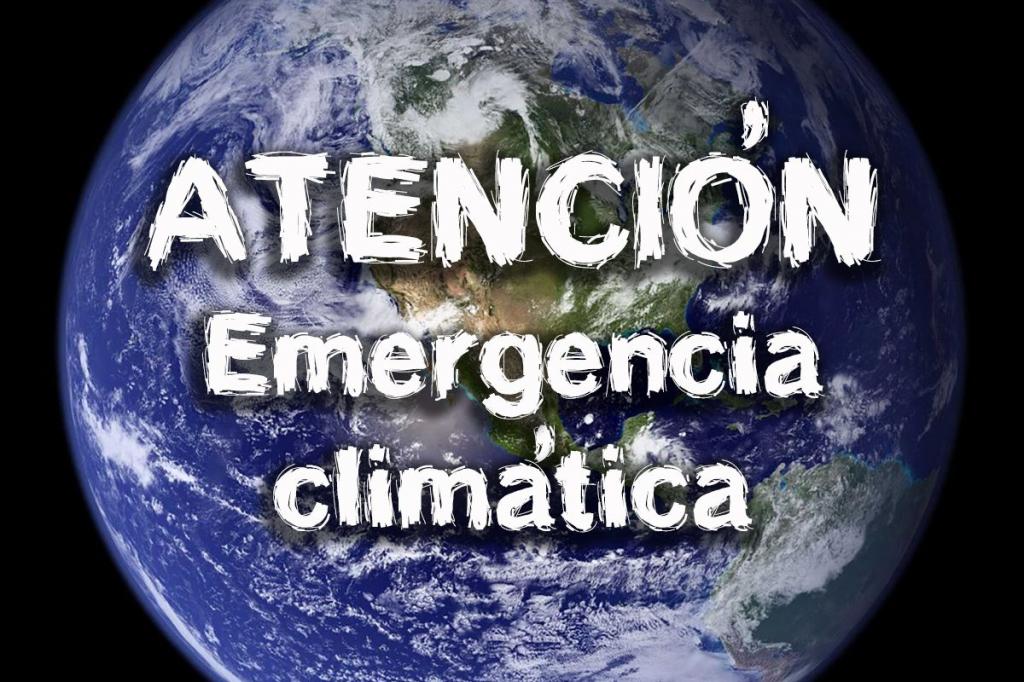 A global coalition of scientists has declared a "climate emergency" and warned that we are confronting a catastrophic threat to the human species whose consequences could very soon be irreversible if we do not make considerable changes to our consumption and lifestyle model.

Exactly 40 years ago, scientists began to warn us about the dangerous trends of climate change and its potential consequences for the world and for human beings. At that time they were already attempting to make our political leaders, our companies and society in general aware of this and take urgent action to stop the emission of greenhouse gases that had, since the Industrial Revolution, begun to heat the layer of the atmosphere closest to the earth's surface, as this could have very serious consequences for the life on earth. But we didn't pay them any attention.

Over the course of these four decades, scientific results, interpretations and models concerning the evolution of the climate and the impact of human activities on it have been insistently presented, evaluated and discussed at almost twenty international conferences. Some of these have led us to obtain protocols and weak political commitments that have, over time, proved to be insufficient to stop what has progressively become a global climate crisis. Scientists' data and forecasts have always been systematically ignored, and their warnings largely disregarded. Our awkwardness as a species has caused the change to become a crisis, and this crisis has now led to the declaration of a climate emergency whose causes are close to the point of no return and whose consequences could lead to “untold human suffering” in a relatively short period of time.

Many people assume that when we talk about climate change or climate crisis we are referring exclusively to the accelerated increase in the average surface temperature of the earth. But the truth is that this indicator does not in itself capture the wide variety of environmental impacts that have ended up being directly or indirectly responsible for the current climate emergency situation. The atmosphere, the earth’s surface, the oceans and the biodiversity that inhabits the planet are interconnected by natural balances that make the earth a habitable place, and if we break these connections, the whole system could go wrong.

The report that declares the emergency, and that has been seconded by more than 11,000 scientists from around the world, therefore includes about thirty vital indicators or signs of the planet that characterize the causes and consequences of the climate crisis. It could be said that the situation is serious, since if the current trends of these indicators continue as they have done until now, there could be chain reactions with significant alterations to ecosystems, society and the world economy, turning large areas of the earth's surface into uninhabitable places. 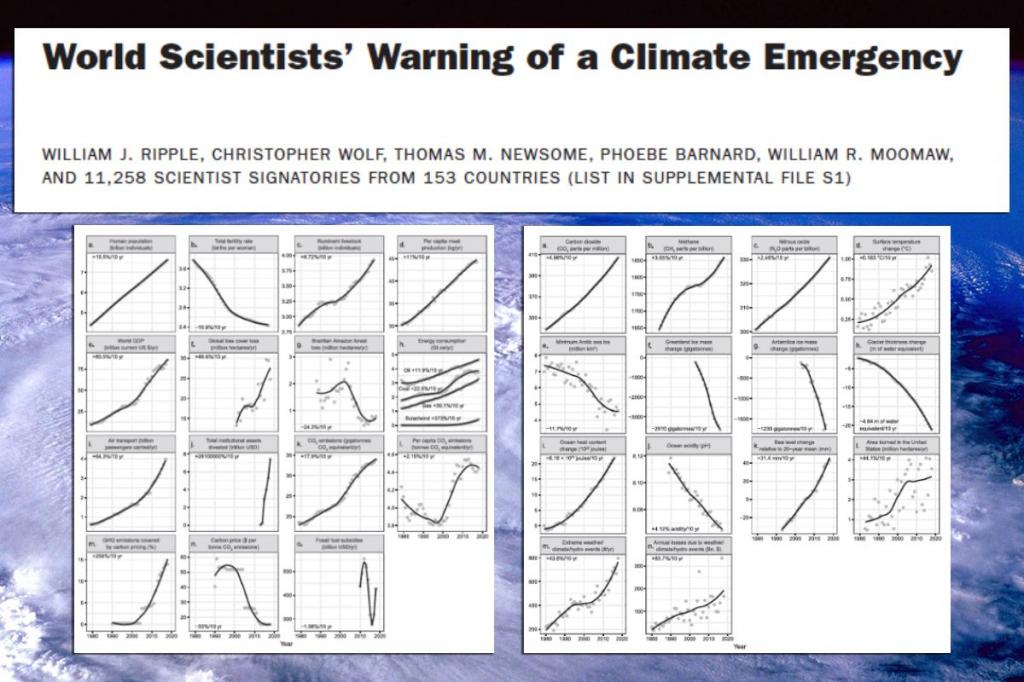 The scientific report that declares the climatic emergency has been endorsed by more than 11,000 scientists from more than 150 different countries, and includes about thirty vital indicators of the planet that characterize the causes and consequences of the climate crisis.

We can get a simple idea of ​​what is going on if we pay attention on some of these indicators and the relationships between them. Since the Industrial Revolution, the human population has multiplied by 4, so that there are currently 4 times more people in the world than 100 years ago: there are many people –about 7,700 million people today– and there will be more of us: about 10,000 million in 2050. With our current development model, the well-being and survival of so many people requires an increasingly high use of natural resources (such as water, soil and forests) for the production of more and more food (such as the food products derived from livestock production and agriculture) and other goods and services, which is associated with increased environmental degradation (habitats loss, pollution, etc.) and the production of more energy. Most of the energy that we use comes from the use of fossil fuels, which are important sources of carbon dioxide (CO2), the main gas responsible for the greenhouse effect along with methane (CH4) and nitrous oxide (N2O), among others. The emission of N2O, which is not only derived from the burning of fossil fuels, but also from certain agricultural and industrial practices, the production of ruminant livestock –which is currently responsible for 15 % of the anthropogenic emissions of greenhouse gases through the production of CH4– and CO2 emissions have increased more than 10, 15 and 25 %, respectively, over only the last 4 decades. Everything as a whole has led to an increase in the average temperature of the planet of 1 °C in just 50 years. And it keeps going up...

It may seem that an increase of only 1 °C in the global temperature is a small matter, but it has been sufficient to quadruple the occurrence of catastrophic events associated with adverse weather events (floods, droughts, etc.) over the last 40 years. The ice masses at the polar caps and in glaciers are already disappearing at an alarming rate, and the level of the seas is currently growing at an average of 3 centimeters every 10 years. This has also been enough for Indonesia to have decided to move its capital, Jakarta, owing to problems of human overpopulation, pollution and the constant rise in the sea level; and it is also enough to seriously condition the health of future generations. Children around the world are one of the social groups most affected by the consequences of the climate crisis: if the alarming current situation persists, a baby born today will live in a world whose average temperature will be 4 °C higher than the pre-industrial average, that is, climate change will condition our health from childhood and adolescence to adulthood and old age.

The climate crisis is closely associated with the current development model and with the consumer lifestyle of developed countries, so we must make drastic changes to our society if we want to ensure our future. In this regard, the scientific report that declares the climate emergency indicates 6 critical and interrelated steps that governments, companies and humanity as a whole should take very seriously, from our homes to the highest governmental instances, if we want to reverse the catastrophic trends that have been observed in the vital indicators of the planet over the last few decades:

The scientific report declaring the climate emergency clearly indicates that the sustainability we have attempted to attain so far is simply unsustainable. Curbing the climate crisis and its dramatic future consequences requires reviewing our economic model and our consumer lifestyle from top to bottom, as well as acting accordingly and decisively. The social movements that seek to draw the attention of political leaders and society as regards the urgent need to listen to scientists and believe what they have been warning for 40 years, are increasingly noticeable. But we will not be able to leave a habitable planet for the next generations until we seriously accept, as humanity, that we cannot continue to have an infinite growth in a world whose resources are finite.

The scientific publication of the climate emergency declaration is available at: