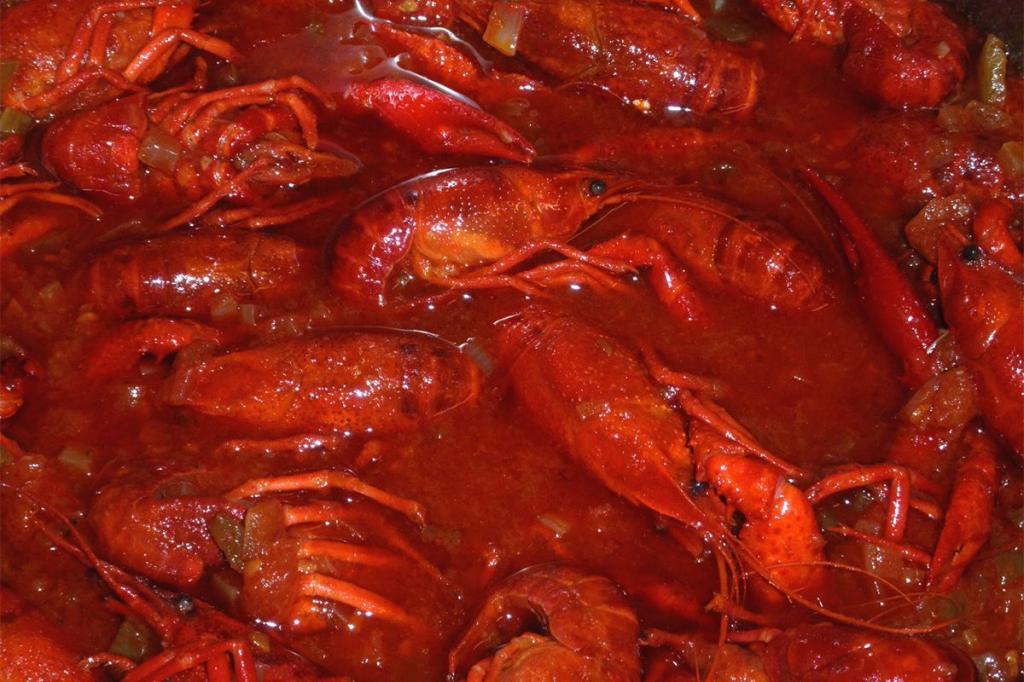 The recreational fishing for self-consumption of the red swamp crayfish (Procambarus clarkii) as a seasonal product is deeply rooted in the local culture throughout Spain, especially in rural areas. As a food product, this crayfish could be considered a healthy dish that provides a variety of nutritional benefits. However, owing to its biological and ecological characteristics, it tends to bioaccumulate large amounts of environmental contaminants in its tissues. Thus, its monitoring in the aquatic ecosystems where it is caught is of critical importance if food safety hazards are to be prevented, especially in rivers affected by the presence of abandoned mining residues that have never been remediated, restored or rehabilitated. 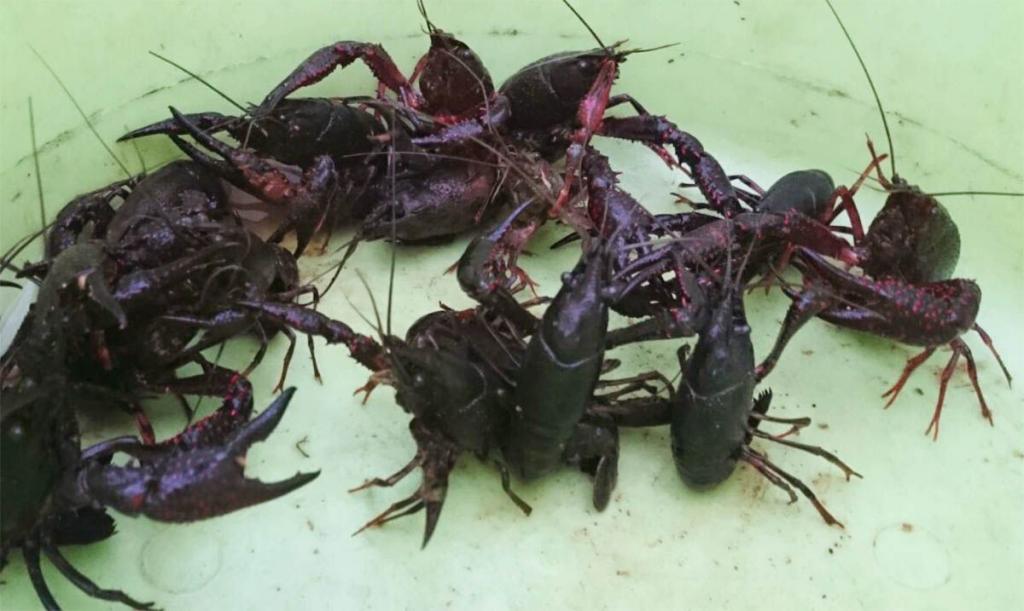 A research that we have developed with the Wildlife Toxicology Group of the Instituto de Investigación en Recursos Cinegéticos (IREC – CSIC, UCLM, JCCM) has evaluated the food safety risk associated with the consumption of crayfish from the Valdeazogues and Montoro rivers, in the province of Ciudad Real (Spain), specifically of those inhabiting the sections of these rivers that flows, respectively, within the former Almadén Mining District, which was the largest mercury (Hg) producing area in the world until the end of the 20th century; and within the former Alcudia Valley Mining District, which flows in what was a major lead (Pb)-producing area in Spain until the end of the 19th century. In both districts, mining started in Roman times and continued until the beginning of the 21st century in Almadén and the end of the 20th century in Alcudia Valley. After centuries of extensive exploitation, most mining operations in both districts ceased in the absence of specific environmental regulations concerning the restoration or rehabilitation of land on mining sites after closure, thus most of them and their related waste (spoil heaps, tailing ponds and other mining residues) were abandoned. This has led to the widespread dispersion of toxic metals such as Hg and Pb into the local environment, impacting river courses, soils and pasturelands, which has originated a severe problem of environmental pollution with potential negative consequences for wildlife and threats to food safety. 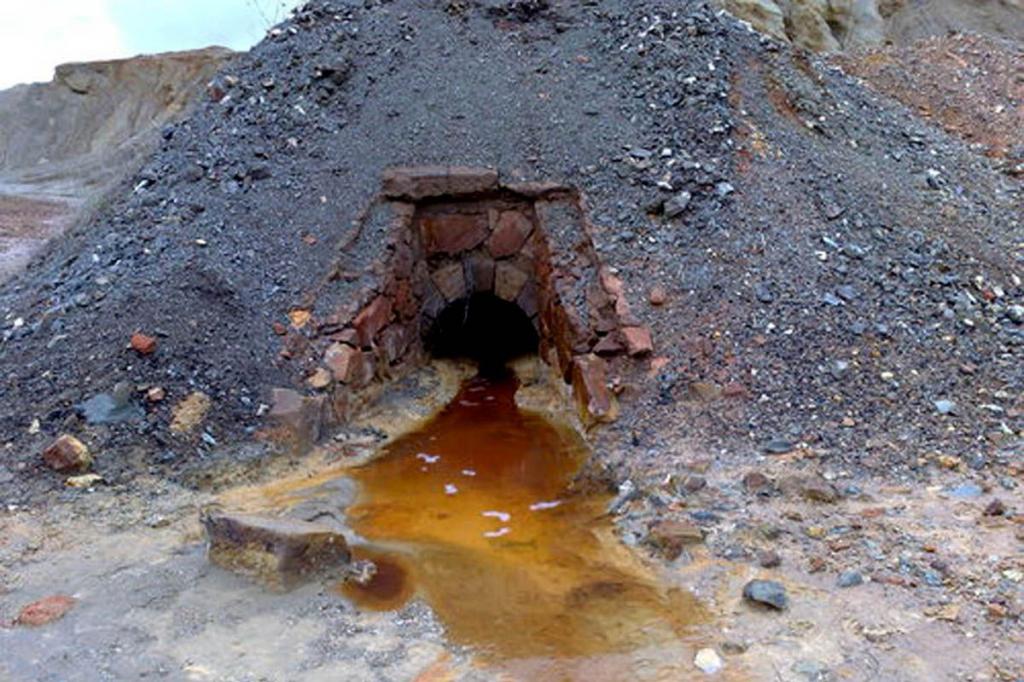 Mine drainage from an abandoned spoil heap in the former Alcudia Valley Mining District.

The results showed that populations of crayfish in the Valdeazogues and Montoro rivers respectively take in and assimilate the Hg and Pb pollution that still persists in these two historical mining districts. The Maximum Residue Levels established by the European Union legislation on food safety for total Hg and Pb in the muscle meat of crustaceans were exceeded in 27 % and 87 % of the crayfish abdominal muscle from the Valdeazogues and the Montoro rivers, respectively. Risk indices indicated that, even after adjusting for bioavailability –the fraction of the ingested metal that is absorbed at gastrointestinal level and could therefore cause adverse health effects–, which was approximately 28 % for Hg and 34 % for Pb in the tail muscle, it is not safe to consume crayfish from these mining-impacted rivers because of their high levels of Hg and Pb, especially for children, as their absorption capacity is higher than in adults. On the other hand, the cooking procedure of crayfish following a typical Spanish recipe had a very limited effect on the total concentration of metals in the crayfish body burden, extracting only about 9% of Hg and 2% of Pb. Nevertheless, according to the high levels of metals accumulated by crayfish from these mining districts, it may not be recommendable to use them as a condiment or ingredient for flavouring.

One of the most typical Spanish recipes for crayfish consist on boiling them with crushed tomatoes, white wine and water, which results in a tasty dipping tomato sauce that is consumed along with the cooked tail muscle of crayfish. However, tomatoes and wine are acidic ingredients that may contribute to release into the sauce the metals accumulated in the crayfish.

The regional regulation on fishing already restrict the fishing of crayfish in most of the river section flowing within the Almadén Mining District, but advisory signs regarding this restriction and the food safety risks associated with crayfish consumption are not yet shown in the area. On the other hand, crayfish fishing in the Montoro River is not subject to any type of restriction nowadays. The results of this investigation recommend the implementation of management measures and the development of environmental communication campaigns aimed at preventing food safety risks associated with the consumption of crayfish from these mining districts. Likewise, they recommend further attention on the role of this alien invasive species as a major vector of environmental pollutants to higher trophic levels, since it has become a highly important prey for tens of species within the native predator community, such as the Eurasian otter (Lutra lutra), whose conservation could be compromised by the biomagnification of mining pollution.